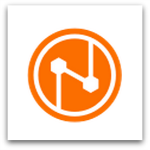 Sophos has today announced the EOD and EOL of Sophos UTM manager (SUM), it important to say that this does not go for the UTM itself, but it sure looks like a big step forward of EOL’ing the UTM also, though they state that is not in the plans, but recommending customers to go for “Sophos Firewall” instead 🙂

Customers currently using SUM can continue to do so until the EOL date. Any usage after that date would be at a customer’s own risk as the product will then no longer be supported.

This announcement does not impact the availability or use of Sophos UTM or the SG Series in any way.

Read more about it here: