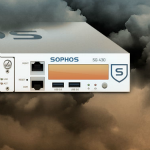 Sophos has today announced the EOL of the Sophos SSL VPN client, (Traffic Light), but there are good migration paths 🙂

With the launch of the new and greatly improved Sophos Connect v2 VPN client over a year ago, we are announcing the End-of-Life (EoL) of the old Sophos SSL VPN Client for Windows. The EoL of the old SSL VPN Client will be effective Jan 31, 2022.

Sophos SSL VPN clients will continue to function but new downloads will no longer be available after January 31, 2022. New client installs are encouraged to use Sophos Connect and existing deployments are recommended to migrate as soon as possible.

Sophos Connect v2 is our new and greatly enhanced VPN client that works with both Sophos (XG) Firewall and Sophos (SG) UTM.

You may also wish to take this opportunity to consider migrating to Sophos Zero Trust Network Access (ZTNA) which is a brand new technology and Sophos product that offers much better security, easier management, and a more transparent end-user experience. It’s a much better solution for remote access than VPN and it integrates nicely with Sophos Intercept X.

For assistance in setting up Sophos Connect, please consult these resources: