Today I was called by a customer, he told me that their backup has stopped working, since I was a their location (3 days ago).

I was doing some server maintenance, at this small company (10 users), they have a small business server 2011 and this server also holds the veeam installation, as it’s their only server (maybe not best practice – but it’s been working through the years perfectly – until now).

Veeam’s reason for the failed backups, was this:

First thought, was that I forgot to start the console, and update the Veeam agents, but I KNEW I did that, so what could it else be, proxies offline? 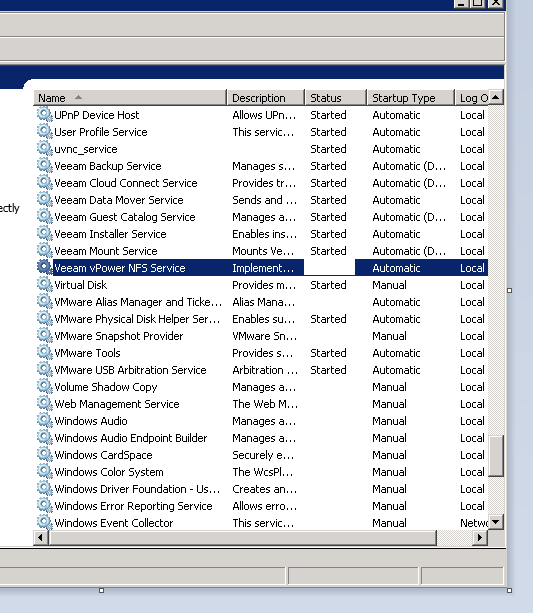 So we have two Veeam services “offline”, I tried to start the NFS service, but it told me this:

“The Veeam vPower NFS Service service on Local Computer started and then stopped. Some services stop automatically if they are not in use by other services or programs.”

Checked Veeam for ports it’s using on the Windows Server: 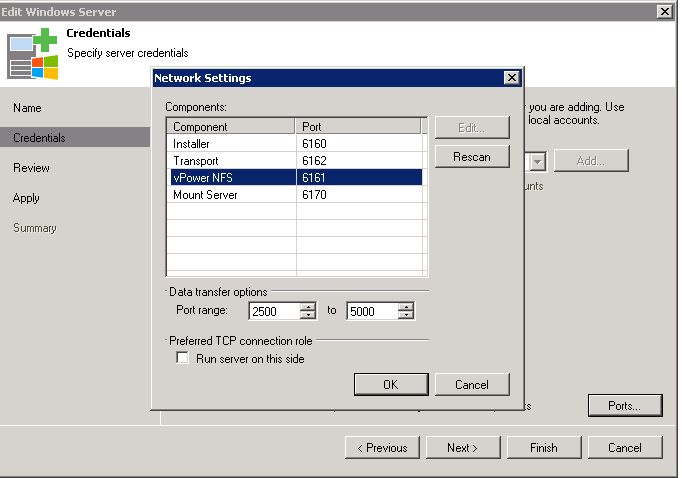 I thought of port conflicts, but why? – This did work great with Update 1..

I tried to go into Veeam to change the port number, but they were all greyed out, as you can se above, so I went into regedit:

Tried to start the service again, and voila: 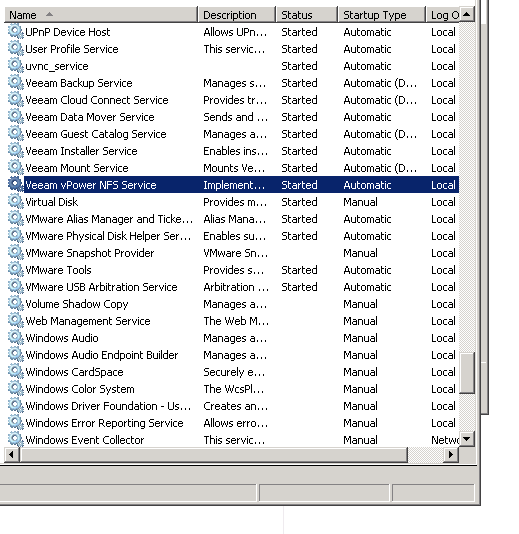 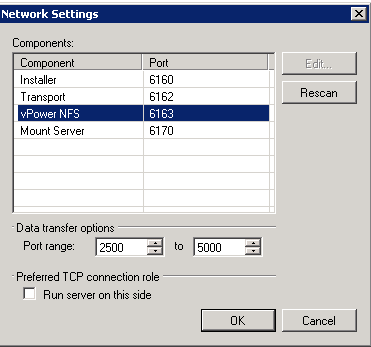 After that, the job ran successfully.

Whatever happened after the update, I do not know, but I will try to look into it, next time a hit a customer like this one 🙂