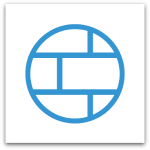 Sophos released MR5 today, MR4 was “skipped” due to it’s use was just for the factory to support new hardware:

It’s a big maintenance release as you can see. For my use case, I have a lot of IPSEC issues that I look forward to be fixed here 🙂

Note: There are a few edge cases where some customers may still experience issues using multiple subnets with a single IPSec connection.  The team is working on those and all the last known issues should be addressed in MR6 which is expected to follow very soon.